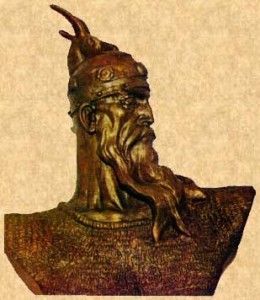 A striking fact that we find when we talk about the history of Albania  is that the name derives from an ancient tribe called the Albanoi Illyrian, who abstains from the modern Albanians. The Albanian name of the country is Shqipëria and the meaning is the Land of the Eagles.

When speaking of the history of Albania we have to say that the Albanians are the oldest race in Europe and they speak the oldest language. The first people who settled in Albania were the ancient Illyrians, now known as Albanians. Ancient Illyria included Albanian, Montenegro, Croatia, Kosovo, Epirus, Serbia and Macedonia. When Slavic tribes known today as Serbs, Croats and Slovenes migrated down to Balkans they settled in the ancient land of Illyria. Albania is also a country with a rich and ancient history and is one of the greatest holy warriors in Europe “Skanderbeg, who fought against the Ottomans in the 1400’s.

Following with more surprising facts in the history of Albania, we can say that the origins of the Albanians, as was mentioned before, definitely not known, but data drawn from history and linguistics, archeology, and anthropology have led to the conclusion the Albanians are the direct descendants of ancient Illyrians and that they were natives of the land they inhabited. Also, Albania History tells us that the Albanian language derives from the language of the Illyrians, the transition from Illyrian to Albanian apparently occurring between the fourth and fifth centuries –
We also find in the history of Albania the Illyrian culture, which is believed to have been developed in the Stone Age and has appeared on the territory of Albania toward the beginning of the Bronze Age, around 2000 BC. The Illyrians did not have a uniform feature race, but were a conglomeration of many tribes that inhabited the western Balkans in what is now Slovenia in the north and including the region of Epirus, which extends about half way south of modern Greece. In general, the Illyrians in the highlands of Albania were more isolated than those in the lowlands, and their culture evolved more slowly – a distinction that persisted in many parts of the history of Albania.

In the beginning, the kingdom of Illyria comprised the actual territories of Dalmatia, Croatia, Bosnia and Herzegovina, Montenegro, with a large part of modern Serbia. Shkodra (Scutari) was its capital, as is now the most important center of Northern Albania and tells us the history of Albania.

The oldest king of Illyria is known in the history of Albania was Hyllus (the Star) who is reported to have died in 1225 BC. The Kingdom, however, reached its zenith in the fourth century BC when Bardhylus (White Star), one of the most prominent of the Illyrian kings in the history of Albania, united under the scepter the kingdoms of Illyria, and a good part Molossia of Macedonia. But its decline in the History of Albania began under the same governance as a result of the attacks made on them by Philip of Macedon, father of Alexander the Great.

In the year 232 BC the Illyrian throne was occupied by Teuta, the famous Queen whom historians have called History of Albania Catherine the Great of Illyria. The depredations of her thriving navy on the growing marine business development in the Republic forced the Roman Senate to declare war against the Queen. A huge army and navy under the command of Marine and Alvinus Santumalus attacked Central Albania, and after two years of protracted warfare, Teuta was induced to build peace (227 BC) 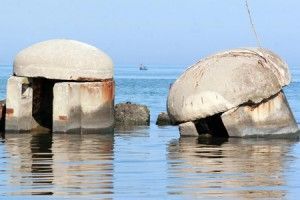 The Last King of Illyria in the history of Albania was Gentius, pathetic memory. In 165 BC he was defeated by the Romans and brought to Rome as a captive.

Thereafter in the history of Albania, Illyria was formed by the Enkalayes, the Taulant, the Epirotan, and Ardiana, and all formed a Roman dependency. It was forged in three independent republics the capitals of these were respectively Scode (Shkoder), Epidamnus (Durres) and Dulcigno (Ulqin.

The authors of the antiquity of the History of Albania Illyrians reported that it was a sociable and hospitable people, renowned for his daring valor in war. Illyrian women were treated equal status with men, even to the point of becoming heads of tribal federations. In matters of religion, Illyrians were pagans who believed in life after death and buried their dead with weaponsy various articles intended for personal use. The land of Illyria was rich in minerals – iron, copper, gold, silver – and Illyrians became an expert in mining and metal processing.They were highly skilled boat builders and good sailors, of truth, their galleys known as liburnae were of such superior design that the Romans incorporated them into its own fleet as a type of warship called the Libourne. No doubt the history of Albania is fascinating and full of amazing stories.