Getting there and around Romania

Here we provide important information that will allow you get to know how to arrive in Romania and move around Romania without problems:

Romania is easily accessible by buses, trains and planes that arrive in Romania in abundance and with many frequencies. There are many non-stop scheduled flights to Romania from a dozen Western countries. In Romania is also joined by many more flights with a previous scale. Most flights arrive at Bucharest International Airport Otopeni (capital of Romania). But there are also flights to other Romanian cities such as Timisoara, Arad, Constanta, Satu Mare, Targu Mures and Sibiu.

The train service is excellent and having this good train service linking Romania to western Europe and Russia, there is little reason to travel to Romania by bus. The public bus system of Romania is virtually nonexistent, other than the rates offered by numerous private bus companies with operations in Romania to Western European countries, rarely compete with the convenience and low prices offered by trains in Romania. The exception to this rule is Istanbul. The bus (12 to 14 hours) is considerably cheaper and faster than the train (17-1/2 hours) – and they banned smoking, it is incredibly important because in Romania and Turkey, passengers smoke much. In Romania there are many trains leaving from Romania to European countries such as Hungary, Yugoslavia, Bulgaria, Turkey, Moldova, Ukraine even beyond.

In Romania there is no departure tax when leaving Romania, but there’s a decent chance that you show your output – this is the tiny piece of paper that they can be placed in your passport when you entered the country of Romania and you’ve probably lost when finishing their trip by leaving Romania.

Means of transport in Romania

The national airline of Romania called Tarom flies at least four times weekly between Bucharest and other major cities. Carpatair flies to nine cities of Timisoara Romania. Romania buses are cheap but very slow. They are also rare, with only one or two buses per day serve the majority of the routes. They are generally used only for outlying villages and rural areas of Romania.

Trains in Romania have long been the most popular travel around Romania. Romanian Trains provide a frequent service to most cities and larger towns in the country of Romania. There are five different types of trains in Romania: The staff is so slow that passengers generally travel with the doors open so passengers can hop on the town in Romania they want when the train is in motion, then the train is accelerated in Romania which is faster, more expensive and less crowded Romanian and foreign tourists, also in Romania are the express trains travel reasonably quickly and serve as international and domestic routes, and finally in Romania there are also intercity trains not faster than the others (except personal trains) but are twice as expensive and twice as comfortable. Seat reservations are mandatory in Romania for all trains (except personal) and this is included in rate.

Most of the roads and routes in Romania are better to have them in a 4 x 4 truck. The roads in Romania are in poor condition with potholes. Other hazards include horse-drawn wagons carrying hay, you can also mate with cows, pigs, drunks and children playing in Romania! Also if you want to go by bike, the roads are bumpy roads impassable. At least need to use the mountain bike routes in Romania. The boat is the only means of transport in most parts of the Danube Delta in Romania. Most towns within Romania have local buses, trams and trolleybuses, and Bucharest which is the capital of Romania has a subway or underground system. Taxis are available in all cities and towns in Romania, but may be more expensive for foreigners.

Information and requirements for entry visa to Romania: 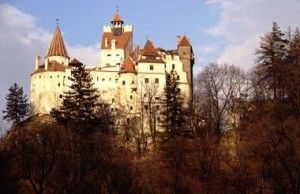 The Canadians, Japanese, U.S. and European Union citizens with valid passports have the luxury of being able to visit Romania without a visa for 90 days. From January 1, 2007, in Romania the same applies to travelers with passports from New Zealand or Australia. Passengers of most countries in Eastern Europe can travel without a visa for 30 days. All other foreign visitors need a visa to enter Romania, which must be purchased in advance. Visas requirements change frequently in Romania, you are advised to consult the embassy or consulate of Romania in your country before traveling to Romania.