The name “Crna Gora (Montenegro) is first mentioned in the Charter of King Milutin, in 1276. It is believed that Montenegro got its name after the dense forests covered the Mount Lovcen and surrounding areas. The woods were so dark that viewers got the impression of a mountain “black.” Actually this is a curious fact in the history of Montenegro.

Duklja joined the Skadar Lake area with the nearby mountains. The first was Duklja Prince Vladimir. Duklja gained independence in 1040, and was the Kingdom proclaimed in 1077. Thus, it became one of the first independent state in the Balkans. It was named Zeta, which meant the old Slavic languages harvesters.

Because of the common discomforts and political turmoil after the death of Vladimir and families heads Vojisavljevic, Byzantium gained dominance over Zeta. The big boss Nemanja, who took the leading position in this region in 1185, did not change

the state of Zeta as an independent state, that this had in the past. In the 14 th century, under the command of Balsicas and Crnojevic dynasties, it became an independent feudal state and expanded slowly, fighting tirelessly against the armies such as Albanian, and later, Turkish and Venetian. This fact surprise us about the history of Montenegro. 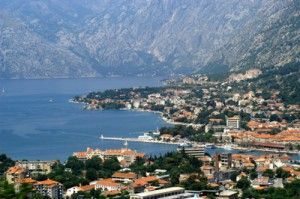