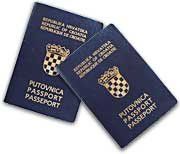 Getting there and around Croatia:

Subsequently we offer you everything you need to know about the means of transportation in Croatia:

In Croatia there are flights that connect Zagreb to different European cities. The international airport of Croatia is located to 17km (11mi) in the southeast of Zagreb. In Croatia the tax at the outset generally is included in the price of the air bill.

In Croatia the buses leave from Zagreb, the capital of Croatia and they go to several cities in Hungary and Germany, as well as to Amsterdam (Netherlands) and Brussels (Belgium).

Means of transportations inside Croatia:

The airlines of Croatia have regular flights from Zagreb, the capital of Croatia to cities as Brac, Dubrovnik, Polish, split and Zadar.

Croatia has an excellent network of bus of great reach and with prices of the passages very accessible. In Croatia the trains are cheaper and more comfortable than the buses, but they are also slower the trains in Croatia except the new high-speed train of Croatia that goes from Zagreb to Split.

All the car rentals chains in Croatia as usualare located in Zagreb, Split, Dubrovnik and in the majority of the cities of Istrian.  In Croatia is drove on the right side of the road.  In Croatia is really beautiful and spectacular the Adriatic highway that goes from Italy to Albania and runs along the steep slopes of all the coastal zone of Croatia, and is one of the most exciting walks in the world.

If you can taken a ship in Croatia, then do it, when visit Croatia take a trip among the islands of the Adriatic that surely this trip in Croatia will enjoy it infinitely, it does not matter how cheap or quickly it is.  Jadrolinija coastal shuttles handle the water between Dubrovnik and Rijeka, and have also stops in Split and Korcula.

Information of visa and visas to enter Croatia:

The citizens of Australia, Canada, Ireland, Israel, Japan, New Zealand, the United Kingdom, the United States and the countries most continental European countries can enter Croatia and remain up to 90 days without a visa.  They can require Visitors of other countries with a roundtrip ticket, all the documents required for their following destinations and sufficient funds for their continuance.