Find below the best places to travel and visit in Serbia.

Belgrade is not a beautiful city – still the citizens of Belgrade are according to this, nevertheless Belgrade is a full interesting city of hedonism, passion and delicacy.  Architecturally, Belgrade is a city with hodgepodge of two centuries and Belgrade has magnificent and ugly buildings in Soviet style concrete blocks.  In spite of all, the city of Belgrade maintains some true gems.  Located between the rios Danube and Sava we can find  the old Fortress of Kalemegdan that always tried to protect the city of Belgrade although did not always do it satisfactorily. Located in the heart of the city of Belgrade we can find the splendid Knez Mihailova, this is a street of Belgrade where there are restaurants, bookstores, galleries and full stores of pretty things.  To the citizens of Belgrade like to make purchases and festivals in that places, that probably developed as an antidote to the stiffness of the years of Milosevic.

Works someone here?  ‘You will ask that when you wander along the streets of Belgrade full of people.  Each day seems to be on Saturday; and if each day is Saturday, then each night is the night of Friday, with an environment of happiness.  In fact one of the greater attractions of Belgrade is its nightlife.  In Belgrade there is always place to go out at night:  Clubs subterranean, bars of apartment, floating bars and clubs on the rivers.  In Belgrade its citizens always are ready to be gone of festival, to dance all the night and to go directly to work the next day.

In Belgrade the food and the beverage are cheap, besides  a distinctive national kitchen can be found that cause  delight to a multitude of clients in the restaurants of Belgrade. For example is advisable to visit the bohemian neighborhood of Skadarska that has excellent places to eat in Belgrade.

When already it be saturated of the bustle of Belgrade will also have a place to be escaped to and to be relaxed since in Ada Ciganlija there are spas for the hot days of summer, and the nearby park has forests to walk relaxed… 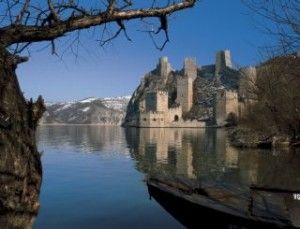 This city is considered like the campode large sky, where an extensive plain without distinctive features goes down to the edges of the river Danube of Hungary. Incredibly fertile, this city provides most of the food that full the national pantries in Serbia. A mountainous exception is the National Park Fruska Gora, a plateau of 80km of long with vineyards and approximately 14 monasteries.

Topola is venerated for Serbians for being the place where the uprising Serbia against the Turks was thrown by Petrovic in 1804, while the city of Neither, used chiefly as a stop on the road to nearby cities, is recalled for the unfortunate attempts of the Serbians of being freed of the Ottoman rules.  As a warning to the Ottoman and considering a remote rebellion we find the Guard Kula, or the tower of skull, that was erected on the skulls of Serbians beheaded. (And nowadays is a tourist and popular attraction).  The city of Zlatibor, located in the southwest of Serbia has a small resort for skiing but also deserves a visit in the months of summer for its landscape of mountain and the paths to carry out the practice of hiking and trekking.

With its Ottoman lasting sense, Novi Pazar has some significant monasteries, and in Kapaonik, where the winter is pleasant and long (begins in November and last to the end of April), there are ski slopes to enjoy.