Slovenia introduction and Information about Slovenia 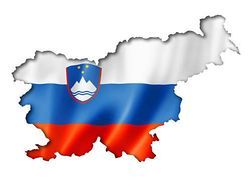 Slovenia is a very small country, approximately it has the half of the size of Switzerland, and account with little more than two million people.
But the only way of describing this small country called Slovenia (Slovenija) is like a mouse that roars.

Slovenia is an independent republic that takes as bordering countries Italy, Austria, Hungary, Croatia and the Adriatic Sea.

Slovenia has received a heap of nicknames from its independence in 1991 as for example Europe in miniature, the sunny side of the Alps, The green part of Europe and in spite of the fact that it can sound as tourist leaflet, all these nicknames of Slovenia agree with the reality.

From the beaches, covered with snow mountains, hills flooded with vineyards and wide plains covered of sunflowers, up to the Gothic churches, baroque palaces, historical castles and the art nouveau of the civic buildings make that Slovenia offers more diversity than the European countries that are much bigger in surface and population.

His incredible mixture of hot climates brings the breeze of the Mediterranean up to the spurs of the Alps, where there can be even snow in summer.

With more than the half of its surface totally covered with forests, Slovenia is really one of the countries with more green spaces in the world – and in the last years it turned into a playground with activities for all the Europeans.

Among the major values of Slovenia, nevertheless we think that they are Slovenes.
They are very hospitable, generous, multilingual people, of opened mind.
In what to them refers, they do not live emotional, spiritual or even geographically in Eastern Europe their houses are the heart itself of the continent.