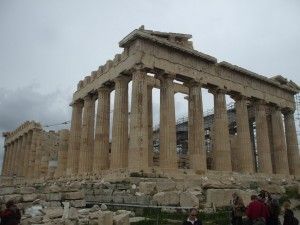 Best places to travel to Greece:

The Greek capital of Athens is crossing a radical period of urban renovation that was not stopped in the Olympic Games of 2004. The magnificent Acropolis of Athens, crowned by the emblematic temple of the Parthenon, raises on the city of Athens, seeing the metropolis of immense, modern and evolved Athens. Athens is now a richer, cosmopolitan and sophisticated city. The change of a progressive bourgeois in the people is evident in Athens in the new art, the enclosures of leisure for the city, and in the ways of life of the Athenian hedonists. The hotels of Athens have new styles with renewed restaurants and shops.

Probably the most significant change of Athens is the historical, practically unrecognizable center since the cars were exiled, with the most significant ancient sites joined in what there has been done the pedestrians’ longest and possibly more bewildering walk of Europa. This enormous archaeological park has reconciled the past and present, with the cultural and social life of the city that again re-arises around the ancient monuments and surrounding vicinities. Athens is even a city full of contradictions, like frustrating the fact that sometimes Athens is a city very seductive. Athens is the oldest city in Europe, still in a state of transition. Athens is one of the safest and more animated city in Europe – an intoxicating mixture of grunge and grace with an undeniably urban soul.

Most of visitors will leave impressed by the vibrant life of the street and the relaxed way of living, where the people pass all the time visiting coffees, shops, dinner in restaurants until evening in the night and enjoy the night life of the city, much after the rest of Europe already has gone to bed. The Athenians are the first one in discussing and being sorry about many faults of their city – but the majority of they would not live in any other part that was not Athens.-
Corfu – Greece 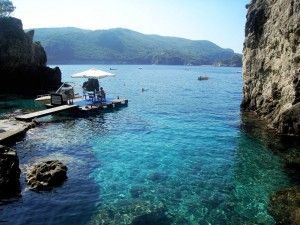 The Island of Corfu – or Kerkyra (ker-kih-rah) in Greek language – is the second biggest and the greenest Ionian island. Corfu is the most famous also. Corfúfué the beautiful and rich land of Homero and the last stop for Odysseus in his trip from hishouse to Ithaki. Shakespeare used it as support to write The Tempest. In the 20th century, the brothers writers Durrell – among others – praised its virtues.

Corfu has the highest national rainfall and it makes that heaps of vegetables and grasses prosper in Corfu, especially in the spring. With its deceitful landscapes of wild flowers, there are trees of cypress that rise with sheen as olive groves, thus the Island of Corfu seems to be as one of the most beautiful islands of Greece. Sadly, the areas suffer from the obvious and neglected over developed of the real states agents.
Crete – Greece 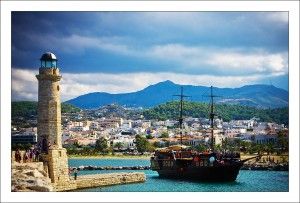 Crete is rather a small country that another Greek island. This is not only the biggest island of Greece, but possibly if the most fascinating and diverse. Its notable history is evident across the island with the ruins of the palace Minoan of Knossos, Rethymo’s Venetian fortresses; the old mosques and Byzantine monasteries and the cave of the place of birth of the legendary Zeus. Hania’s Venetian port in Western Crete is one of the most evocative cities of Greece and the capital, Iraklio, is a dynamic city, the fifth biggest in Greece.

Crete is renamed for its natural beauty and the diverse landscape. Spectacular saws plucked with caves are cut by the dramatic gorges that go out pell-mell to the sea. The rugose interior is spread by enormous plateaus and fertile plains. The this one boasts of the unique beach of forest of palm in Europe and the coast of the south has some more bewildering beaches and isolated inlets.

The Cretans are a proud and hospitable people that they support its culture and customs, especially its strong musical tradition. Everywhere of the island you will find casually traditional villages of mountain and agricultural natural establishments without invasion of tourism. The young people might lead four tractions but you still will be able to see  shepherds who stretch their cattles with their traditional clothes.

An abundance of fresh products and the distinguished Cretan cuisine – renamed for their qualities that prolong life – they add an interesting culinary dimension.

Crete has the doubtful honor of receipt of almost a quarter of the tourists of Greece. Most of the north coast has been invaded and spoilt by hotels and the tourism of cheap packages, but the island is big enough for independent travelers. You will venture with the finding of calm establishments of beach and peoples villages of mountain to explore.
Cyclades – Greece 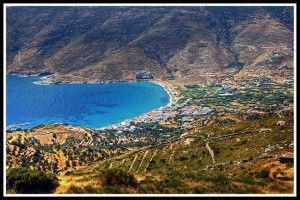 The islands Ciclades (kih-klah-dez), are Greek islands to dream; kissed as the Sun the islands Ciclades have rock projections and flecked land that they disperse across brilliant Aegean Sea. Their typically white houses of cubic form, beaches of gold, olive groves, forests of pine, slopes of mountain spread by grass and attached valleys do that it is an irresistible mixture. they a lot of hedonistic art, and with a culture that draws  on ancient and modern topics the dream of the Greek Island can make real.

Another reality, of the islands Ciclades can be a touch below of the land, at least for the natal islanders, who fought to triumph economically after supporting centuries of privation. In spite of the strong development of the tourism, still many villagers of The islands Ciclades live of the cattle and sow food on a slightly fertile soil, or chase a supply very diminished of fish in the seas which are often dangerous. The winters are often grey and sad.

The islands Ciclades spread from big and fertile Naxos, with their steep mountains and valleys without access to the sea, up to tiny projection of Donousa, Iraklia and Anafi, where the sea dominates with many attitude, on every side.

The beaches of Mykonos, Santorini and Ios are flooded by the idler’s company of the Sun and stentorian amusements; their  principal cities boil with the commercialism. All that makes that The islands Ciclades take many tourists, but other islands, as Andros, Amorgos and Sifnos, they have could guard the tourism to a more tranquilizing scale.

The islands Ciclades are so renowned and famous because in them they form a kyklos (the circle) about Delos’s island, one of the most ancient sites of the world. The closing of the circle is still one of the most profitable experiences for the dedicated traveler.
Hydra – Greece 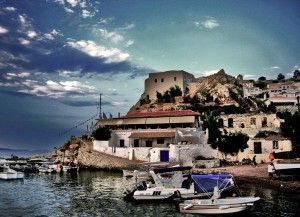 Hydra (ee-dhr-ah) is the shop window of the Saronics and still it leads to its celebrity with the style. The picturesque port of the island attracts to the multitudes of tourists, passengers of cruise, teams of yacht and occasional celebrities that go in the way to their secret houses of summer vacation among the rows of the picturesque buildings that exceed the port. You pay for the privilege of visit, with prices inflated everywhere, but the treatment is still is worth.
Kefallonia – Greece 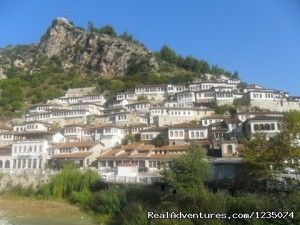 Kefallonia, the biggest of the Ionian Islands, should not be underestimated. Kefallonia’s island conceals secrets and surprises under its rugose and highest saws: vineyards that lie down, bewildering rocks and beaches and Roman ruins that have not been classified. Kefallonia was devastated in the earthquake of 1953. In Kefallonia the architectural aesthetics of the island are modern. Still there is many abundance for the traveler to discover, including beautiful ports, paths of trekking and Kefallonia’s exquisite local cuisine.

The Kefallonia’s capital is Argostoli, the principal port is Sami, and the services of transport also divide from Fiskardo and Poros.
Mykonos – Greece 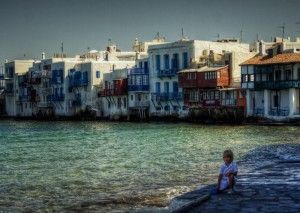 Mykonos shines happily under the Sun and can take its charming reputation of field village with style. Mykonos is an expensive city but it is a charming and enormously enterteining place where there is a sometimes frantic mixture of good time, vacationers and crowds of ships of cruises. In Mykonos they all adopt an attitude fashionable and all there remain fascinated by the captivations cubists of the city Mykonos, considered also as a traditional labyrinth of the islands Cyclades. The local inhabitants have waited 40 years to obtain a good abundance of tourism and have not lost their Greek identity for doing it.

When you visit Mykonos you must be prepared, nevertheless, for a lazy way of living in the principal beaches of islands replete of tourists.

Also in Mykonos you must be prepared for the scenes of street where they push all and the implacable and sometimes desperate, Mykonos’s night parties. Moreover in Mykonos there is still a handful of valuable beaches that fight to become popular. In Mykonos there are safe the elegant bars, the restaurants and shops  have great concurrence of  a tourists. If you look for a calmer pulse in Mykonos you have  to visit the old labyrinthine city. If apart from all that you add to Mykonos Delos’s nearby sacred island, you will be able to verify that Mykonos really expires with its reputation as a fabulous destination.
Rhodes – Greece 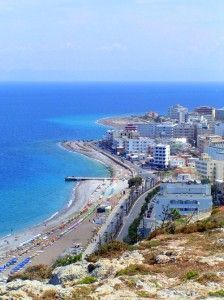 The island of Rhodes (ro – dos in the Greek) is the jewel in Dodecaneso’s crown. The island of Rhodes is big, rash and brave and receives the most of visitors in this group of islands. The island of Rhodes can be visited all the year round and enjoys an exceptionally soft climate. This combines everything what is necessary in the summer vacations since Rodhes’s island has beaches, night life, culture, landscape, vegetation and comfort. As Crete, its bigger neighboring island to the Southwest, the island of Rhodes almost might exist independently of principal islans of Greece.