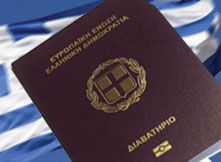 Getting there and around Greece:

It pleases us to be able to offer you subsequently information brought up to date of the means of transportation to arrive in Greece and to move around Greece.

If you are thinking about arriving at Greece keep in mind that the flight is the cheaper, easier and fastest way to arrive at Greece from the north of Europe.  Inclusive, the daily flights to Greece from the north of Europe have so competitive prices that agrees a lot more to be able to take an airplane to Greece.  In Greece the trips through land (buses and trains) between Europe north and Greece are practically a thing of the past.  Besides, direct trips to Greece in buses and trains are prohibitively expensive and they offer a slow service.

Means of transportation inside Greece:

Greece is an easy place to travel around Greece, thanks to that Greece has a system of global public transportation.  The buses are the land transportation pillar, with a network that spreads the hand to the smallest towns.  The trains of Greece are a good alternative, whenever they are available. To most of the visitors of Greece, nevertheless, to travel by Greece results like to pass from island to island on the multitude of the shuttles that criss-cross the Adriatic seas and the Aegean.  If you are hasty, Greece has also a very good and very extensive coastal traffic flights network.

Information of visa and Visas to enter to Greece:
The citizens of Australia, Canada, Cyprus, countries of the European Union, the European principalities of Monaco and San Marine, Iceland, Israel, Japan, Malta, New Zealand, Norway, Swiss, the United States and most of South American countries can remained in Greece up to three months without a visa; most of the other countries can  enter Greece for two months without a visa; Greece will reject the entrance to someone whose passport indicates that, from November of 1983 have visited the North of Cyprus.