More information about the history of Macedonia:

In 1918, Serbia, which included most of Macedonia, sided with Croatia, Slovenia, and Montenegro to form the Kingdom of Serbs, Croats, and Slovenes, which was renamed Yugoslavia in 1929.Continuing the story of the history of Macedonia we can say that Bulgaria joined the Axis 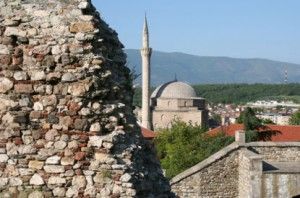 powers in World War II and occupied parts of Yugoslavia, including Macedonia, in 1941. During the occupation of their country, Macedonian resistance fighters fought a guerrilla war against the invading troops. The Yugoslav federation was reestablished after the defeat of Germany in 1945 and in 1946, the government removed from the territory of Vardar Macedonia from Serbian control and made an autonomous republic of Yugoslavia.Later, we find in the history of Macedonia that when President Tito recognized the Macedonians as a separate nation, culture and distinctive feature of Macedonia and its own language was able to thrive, not being more suppressed by the foreign rulers.

Establishment of the Independence of Macedonia:

A realtive recent and very important fact in the history of Macedonia is that in September 8, 1991, Macedonia declared independence from Yugoslavia and asked for recognition to the European Union nations.  Macedonia actually became a member of the United Nations in 1993 under the provisional name Former Yugoslav Republic of Macedonia (FYROM) because Greece protested loudly that they are right about the name Macedonia, since it is also the name of a large province in northern Greece. In Greece, the use of the name Macedonia implies the interest of the land area in the Greek province. Greece has imposed two trade embargoes against the country accordingly.