The 2011 is still a phenomenal year for the actress.
Angelina Jolie was awarded the honor of Heart of Sarajevo “In the Land of Blood and Honey” (In the land of blood and honey), the first film directed by her.
The story tells a love story between Serbia and a Bosnian woman set during the Balkan conflict of the nineties, for which he filmed several scenes in the country, which he had visited as a Goodwill Ambassador for the UN.
According to the statement by the director now, she “wanted to tell a story about living in a war deeply affects relationships and human behavior.” It has also asked the Bosnians do not criticize the film until you see it in full.

For his debut, which was filmed in English and Serbo-Croatian Language, Jolie has surrounded himself with well-known actors in Hollywood as Zana Marjanovic, Goran Kostic Rade Serbedzija or. As director, she said very proud of his players and want to show his talent through his film.

According to Reuters, Jolie was applauded by the audience during the presentation of the award received in this new role it has had to play, which is excellent for this woman whose youth and adolescence was marked by bizarre behavior such as killing their pets, their desire funeral director to become or even carrying a vial of blood in the neck. 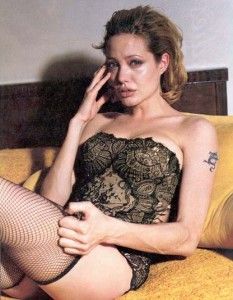 However, over the years and become a famous actress, Angelina has shown a very sensitive side to adopt several children, have children of their own and form a large family with actor Brad Pitt, as well as being a Goodwill Ambassador as well as a woman who has to philanthropy as a way of life, which is to be imitated by other artists.

The fact that Angelina has been honored and standing ovations at film festival makes curious to see the film is increasing, yet the film will be released in American theaters in December so their fans will be looking forward this time to see Angelina in her new face.